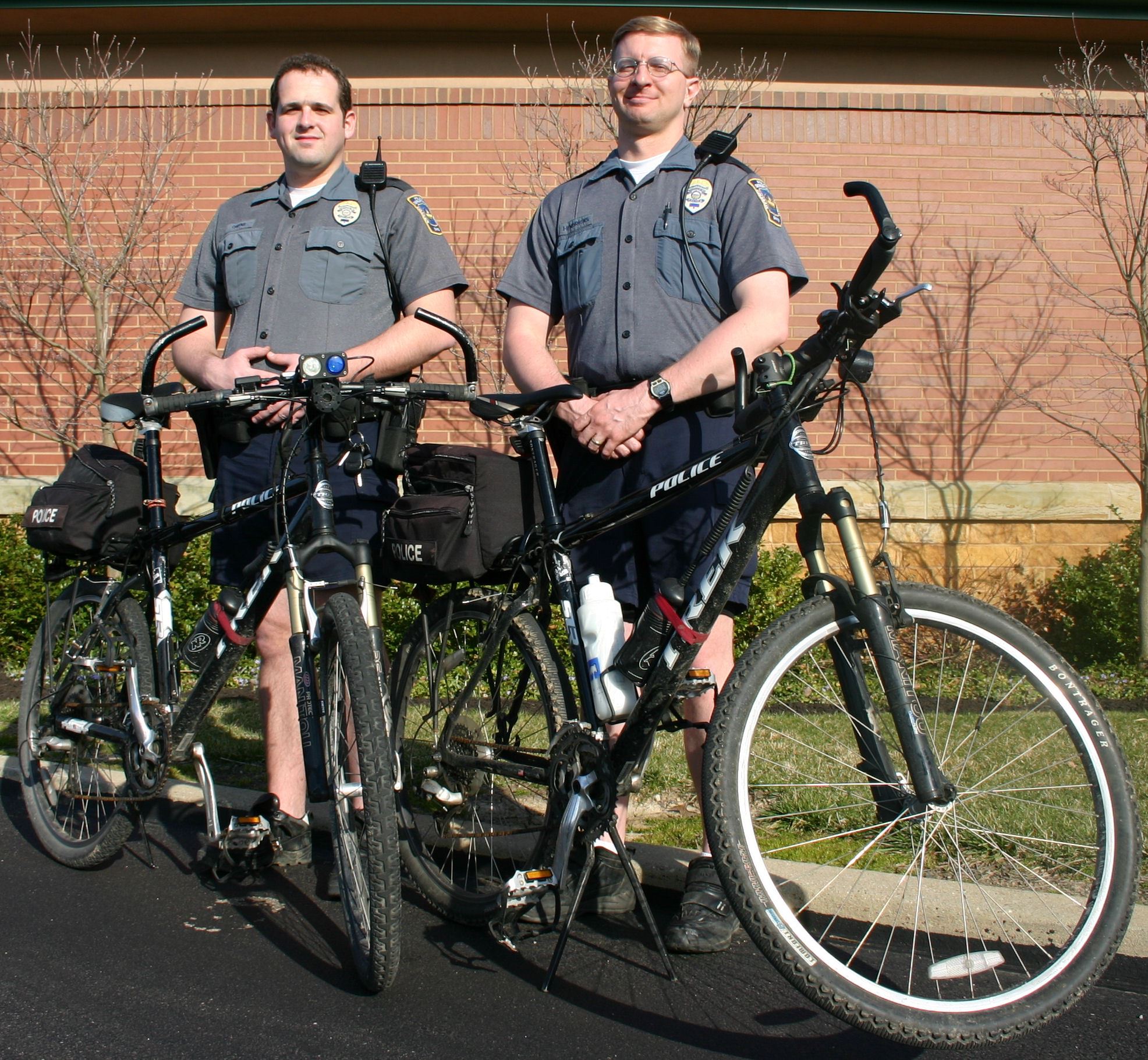 The Colerain Township Police Department implemented its Bicycle Patrol program in 1996. The first Bike Patrol Unit was established with two officers with the unit operating when sufficient manpower levels permitted. Today there are several uniformed officers certified as Mountain Bike officers. The officers have all received training from the International Police Mountain Bike Association (IPMBA), which is the nationally recognized organization in place to assist and train police officers in the proper skills and tactics for bike patrol. The course is a 40-hours in length.

The bike team had enough success in the first year by becoming involved in areas such as community policing, drug interdiction, and street crime activity to warrant a second year. The second year the team worked approximately 190 days between April and Christmas. The team led the department in arrests and goodwill events. Along with the outstanding arrest numbers, the bike officers taught approximately 2,500 Kindergarten through Eighth Grade school children in Colerain Township schools about bicycle and helmet.   After the 1997 season the program was a proven success and has remained a permanent fixture in the department, but still operates on a part-time basis.

How the Bike Team Is Funded

The Bike Team has assisted the Police Department in deferring the costs of the team through Drug Fund monies, local and federal grants, and asset forfeiture. The monies from the Drug Fund are available to the Unit because Colerain Township Police Department policy for the Bicycle Patrol states “the unit will have a significant impact in matters of neighborhood drug interdiction and the abatement of opportunistic street crime.” Funds derived from drug arrest fines are returned in a proportionate amount to the Police Department for each drug arrest. Future training and expenditures for uniforms or equipment can be purchased with these monies from the drug fund.

The Unit has also received grant money from both the local and federal level for team equipment which is purchased and serviced at TEAM Cycling and Fitness on Colerain Ave.

The team also received monetary donations for the purchase of two bikes in the amount of $850 from a local Kiwanis group. The team has also seized two vehicles and over $6,000 in cash during felony drug arrests in the past couple of years. These monies have assisted both the Police Department and the Bike Patrol Unit.