But, the question remains, why burn?  Read the excerpt below from the Ohio Department of Natural Resources Division of Forestry to learn more and to discover WHY we set the park on fire!

Wildland fire (fire that burns on forest, range and grasslands) is an historical component of healthy forests. Fire plays an important role in many of Ohio’s diverse ecosystems. The Ohio DNR Division of Forestry, in partnerships with Ohio’s fire departments and private land owners, works hard to manage prescribed fire so that it safely benefits Ohio’s valuable natural resources.

Fire promotes the growth of native, fire-adapted vegetation, which is increasingly being crowded out by species that survive better in ecosystems that do not have fire. For example, in Ohio and other parts of the midwest, maple stands are quickly replacing forests that were once dominated by oak, a valuable wildlife and timber species.

Fire cleans and recycles dead trees and vegetation. In the absence of fire, many forests accumulate large amounts of dead, woody materials. This buildup has the potential to fuel large, uncontrolled fires that may threaten homes, communities and ecosystems. ODNR Division of Forestry "fights fire with fire” by using controlled (or prescribed) burns to carefully return fire to its historical role and reduce dangerous forest fuel levels.

Prescribed burns are carefully planned, watched, and tended. Trained fire managers burn selected areas to remove weedy plants that choke out native species and to reduce the leaf litter and woody debris on the forest floor, creating space for native vegetation to return. 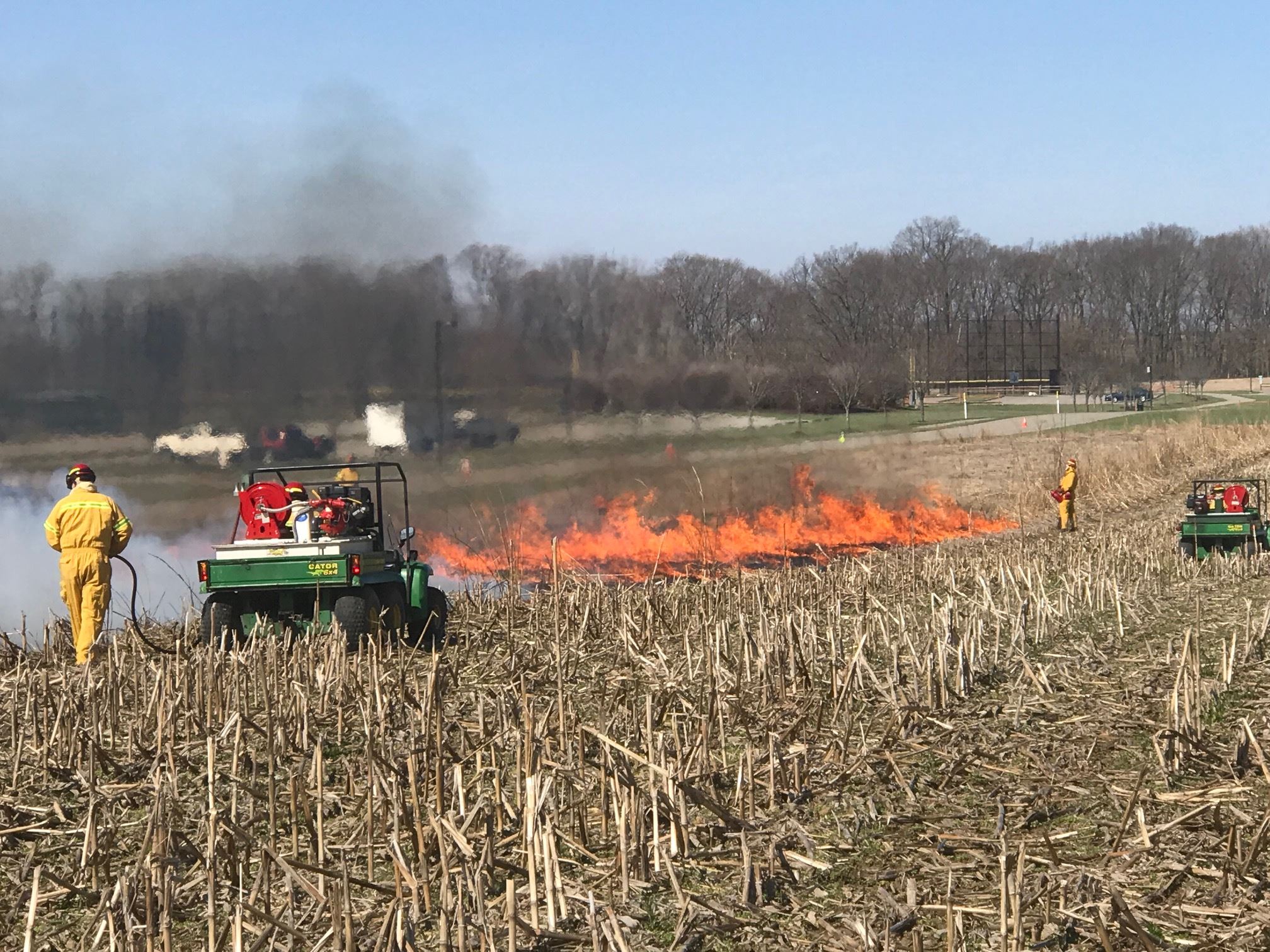